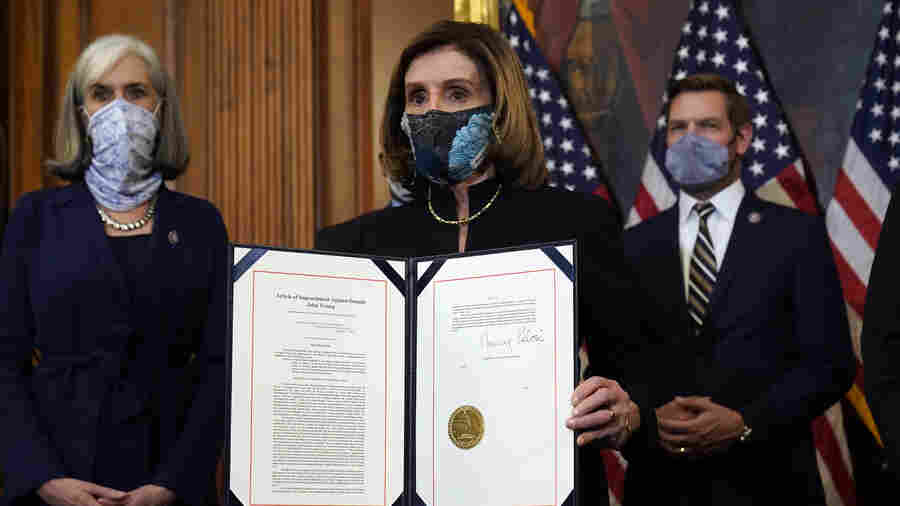 House Speaker Nancy Pelosi of Calif., displays the signed article of impeachment against President Donald Trump in an engrossment ceremony before transmission to the Senate for trial on Capitol Hill. It’s unclear when a Senate trial will start

President Trump made history, the siege on the Capitol exposed splits in the GOP party that are likely to remain, Biden’s agenda will now compete with a Senate trial and the Capitol is a fortress.